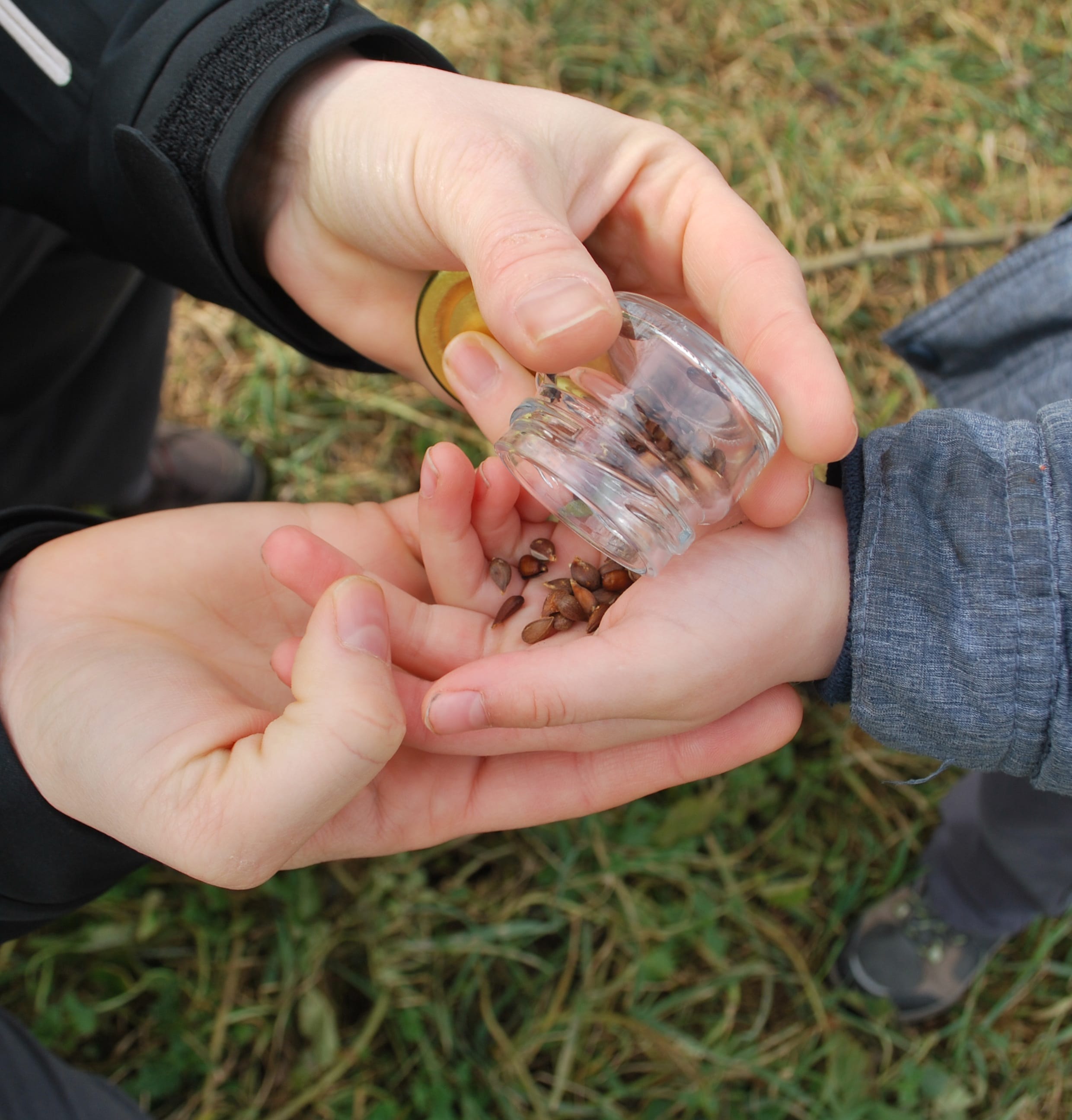 David suddenly awoke as the first rays of sunlight peered through his window. He rubbed his eyes for a moment, then sprang from his bed and quickly got dressed. Enthusiasm swelled in his heart as he thought about the bag of seeds given to him by his father. Today, David and his dad planned to go out to the field and plant the seeds.

A small plot of land on the farm was designated for David’s garden. After breakfast, David sprinted out the back door and headed toward the field. He stopped and glanced back at the house to make sure his father was following. “C’mon Dad!” David blurted as he ran back and grasped his father’s hand. His father was equally enthusiastic this day because he anticipated sharing some practical truths with his son. Once they arrived at the field, David’s father reverently knelt and grabbed a handful of soil. It was still moist from last night’s gentle rain.

“David,” his father said in a deep rich voice, “everything good comes from God. The rain, the sunshine, the fertile soil, and even the seeds that we are sowing. God is our heavenly Father and promises to care for us. He wants us to be healthy and prosperous. God desires that we partner with him in everything we do and have. How blessed we are with this land that God provided us. But he needs us to cultivate the soil, sow the seeds and harvest the crops. We do our part, and God does his. That’s what makes us partners.” This wisdom piqued David’s curiosity.“ Do you mean God gave us these seeds?” David asked. “Yes, son. All good things, including these seeds, come from God.”

With a small tool, David and his father carefully dug rows of shallow trenches in the soil. “Now what?” asked David. His dad replied, “Open your palm,” then he poured seeds into David’s hand. “Life is about giving and receiving. Giving is like someone opening their hand to release something. Receiving is also like an open hand; only it is positioned to accept the object given. When I asked you to open your hand, you accepted the seeds I wanted to give you. I opened my hand and gave, you opened your hand and received them. Since God is the source of all life, he is the greatest giver. He doesn’t need anyone to give to him first. He creates the things he desires to give. David, this is important to understand. Our heavenly Father desires us to imitate him and give, but we need to have something to give first. He gives, we receive—then we have something to give.” “Is that like sharing?” David asked. “You are catching on, son,” replied his father. “Now, the soil is ready to receive the seed.”

David and his father planted the seeds in measured intervals, then covered them with soil. They finished just in time before a light shower of rain began. “See, son,” David’s father said, “We did our part, and now God is doing his.” That night, before going to bed, David looked at his window toward the field and thanked God.